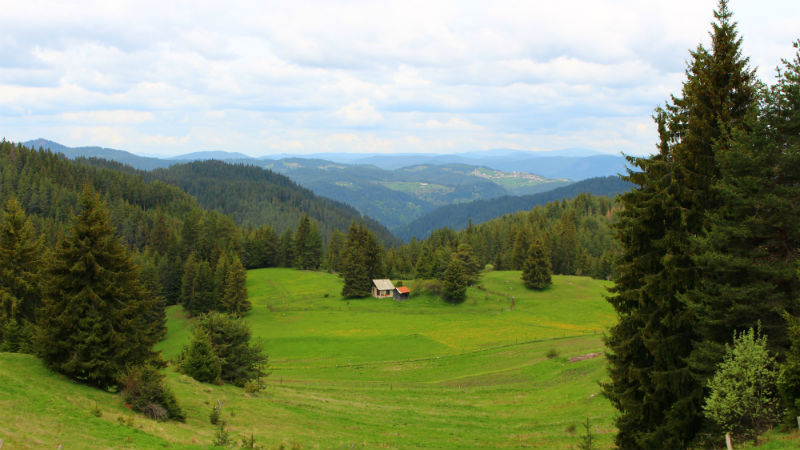 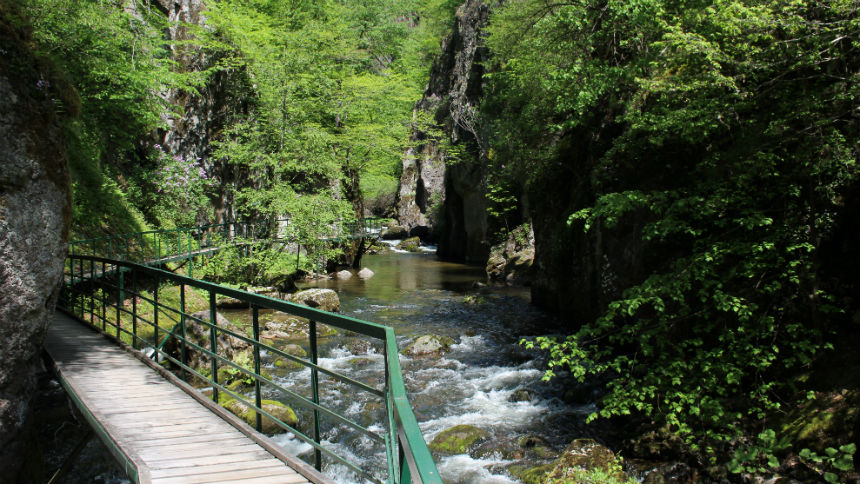 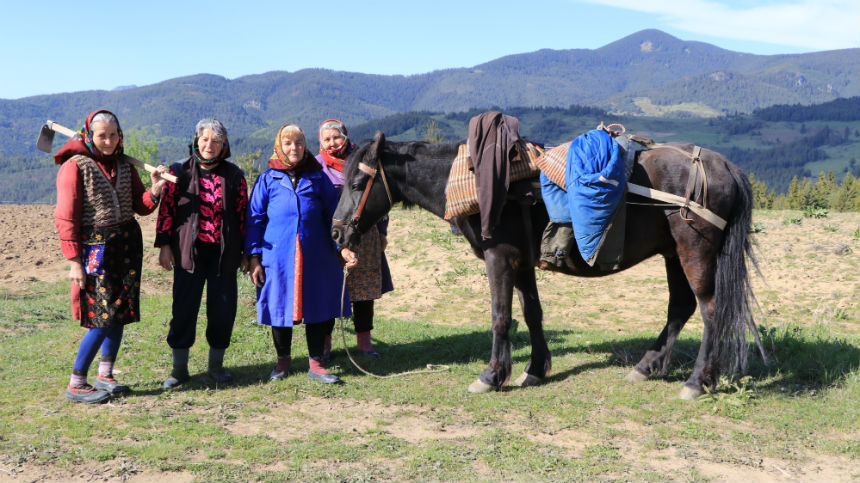 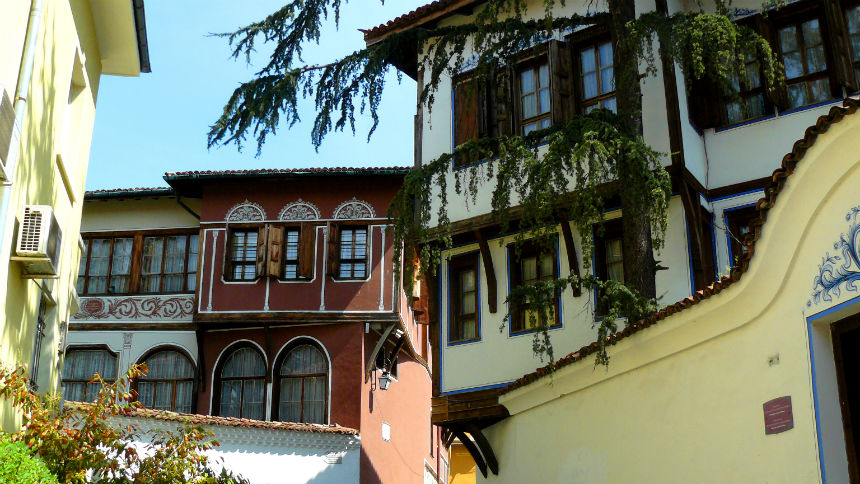 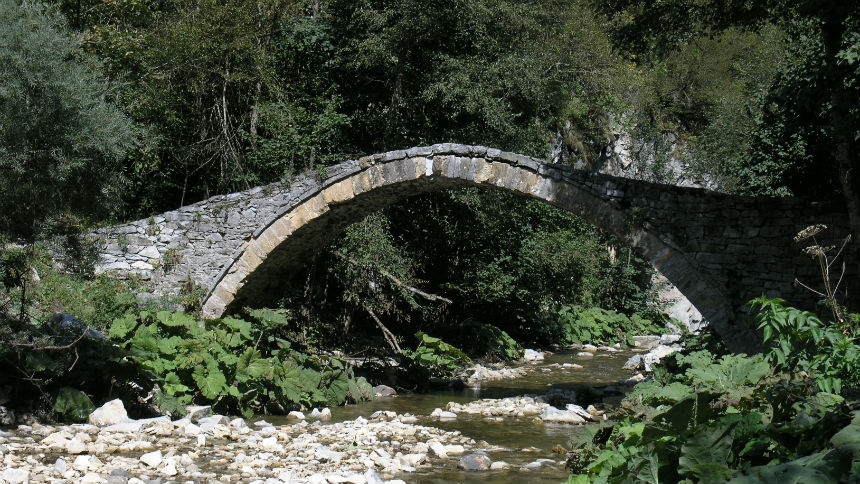 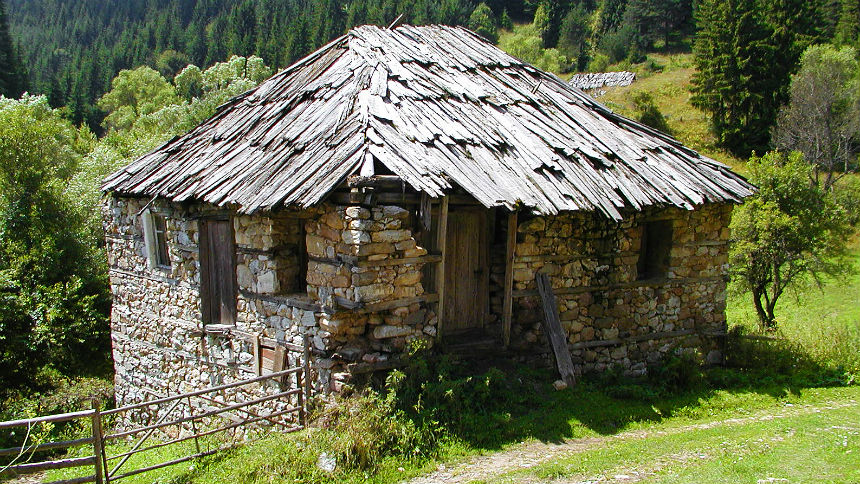 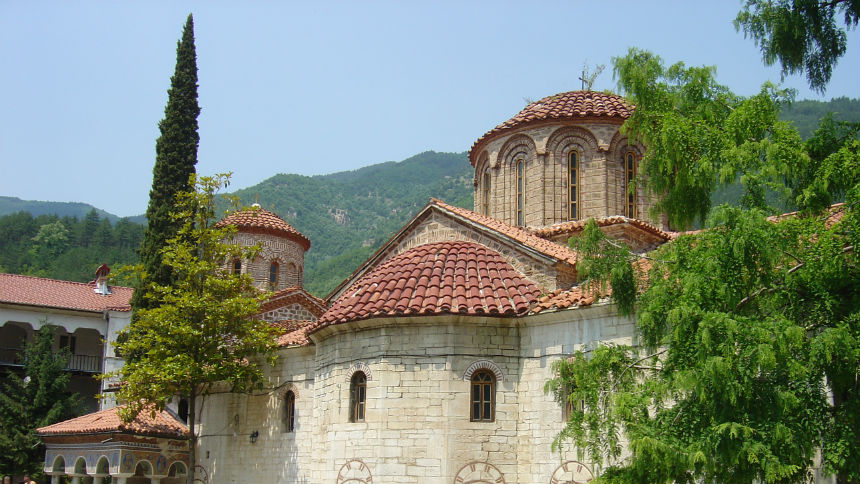 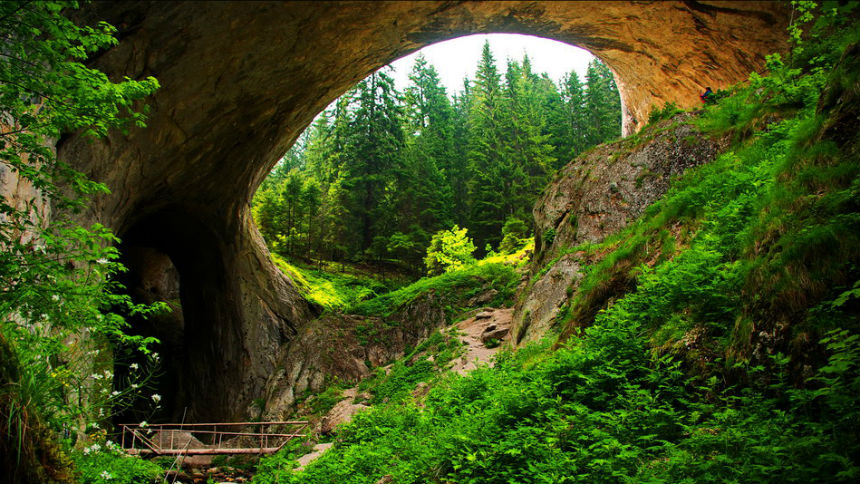 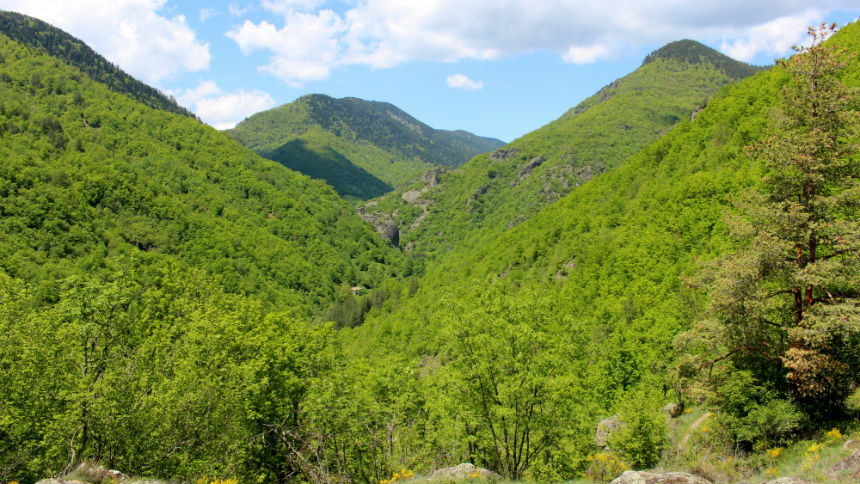 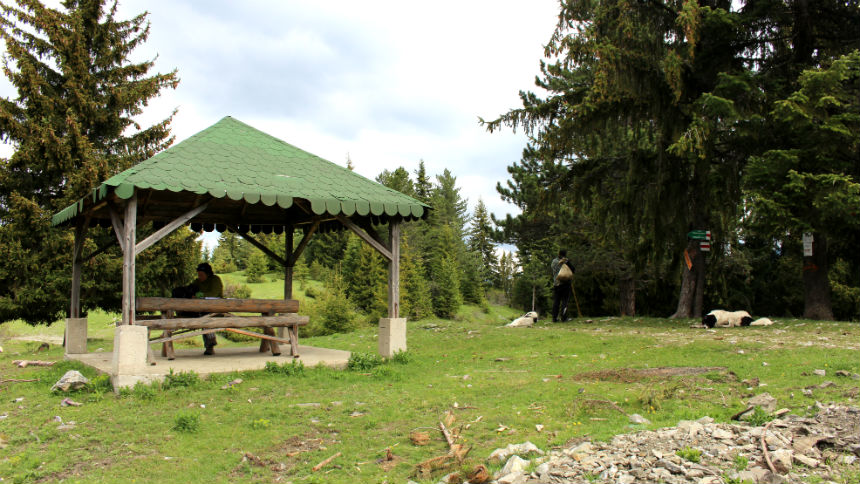 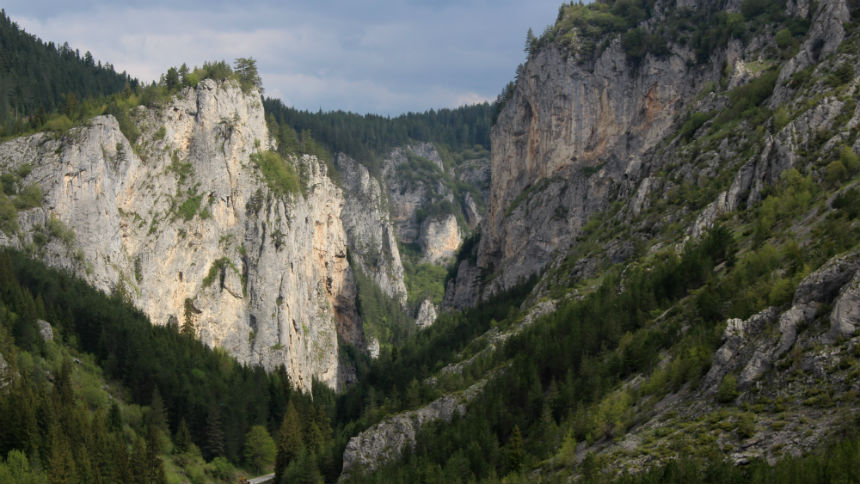 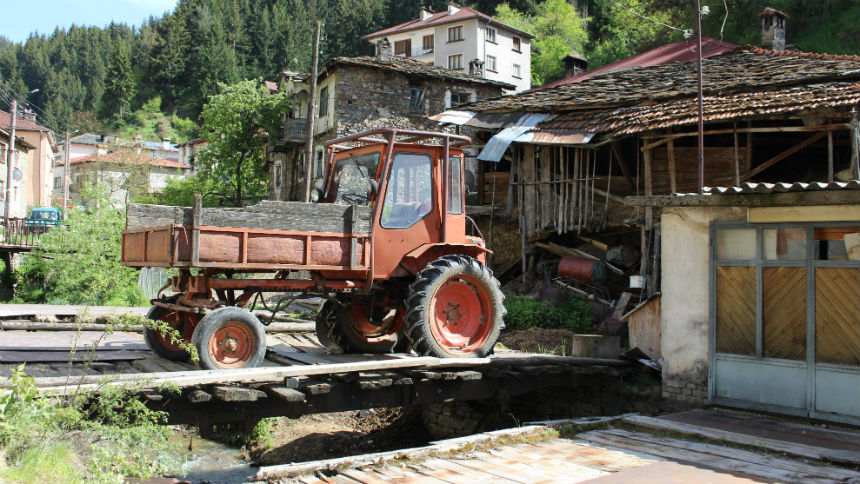 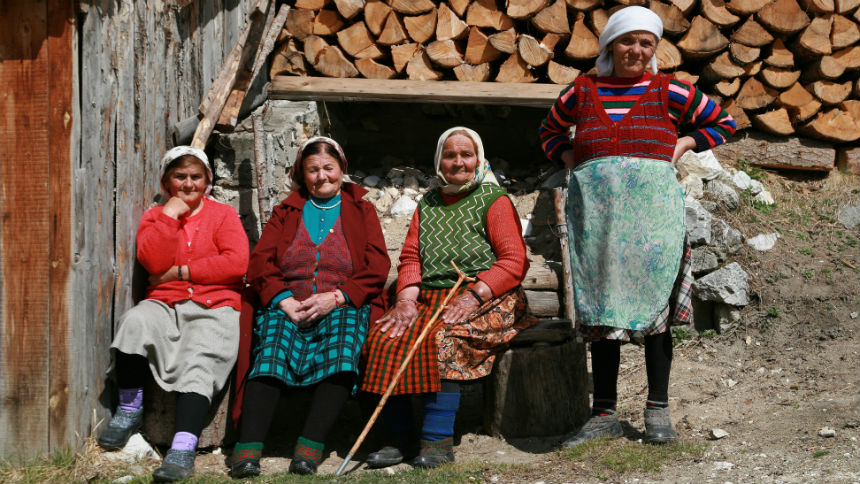 Impressive trail exploring some of the most hidden and authentic parts of Rodopi (Rhodope) Mountains, known as the birth place of the legendary musician Orpheus. Along with the pleasant climate the mountains are the perfect place for walking and exploring the pastoral sceneries with rolling landscapes, open valleys dotted with tiny villages, green meadows with grazing goats and sheep, dense century-old coniferous woods, ancient Roman roads and bridges and a large variety of nature phenomena, namely The Trigrad Gorge with its 250m vertical cliffs, Yagodina Cave (considered one of the most beautiful caves in Bulgaria and also among the longest ones with more than 10km mapped so far), The Devil’s Throat Cave (housing one of the highest underground waterfalls in Europe - 42m), The Miraculous Bridges etc. Unlike a typical inn-to-inn walking tour where people are responsible to work out their own way to the starting point and from the last place of the trek, this self-guided holiday is fully inclusive of all transfers and luggage transportations from airport to airport meaning that clients will not have to look for public transportation or private transfers elsewhere.
Rodopi (Rhodope) Mountains are probably the best place in Bulgaria for unguided walking vacations not only due to their natural and cultural merits but also because of the mentality of the local hoteliers, known for their hospitality and acquaintance to foreigners travelling without a guide.

TOUR HIGHLIGHTS
- Rodopi Mountains (also called Rhodope or Rodope; highest peak – Golyam Perelik, 2191m a.s.l.) are the oldest mountains on the Balkan Peninsula.
- Yagodina Cave is among the longest caves in Bulgaria (with more than 10 km mapped so far), considered to be one of the most beautiful in Europe with its outstanding stalactites, stalagmites, columns, ponds and cave pearls in them.
- Bachkovo Monastery is the second largest Bulgarian monastery.
- Sofia is the capital of Bulgaria
- The Miraculous Bridges are result of an earthquake that made a huge cave in the marble bed of the river to collapse; due to their striking appearance the well-polished rock formations nowadays are declared protected area

Price from:
€630.00
Days:8
In The Footsteps Of Orpheus
/self-guided walking trek in Rodopi Mountains, BULGARIA/

Accommodation:
Days 1 and 7 - 3 star hotels with en-suite facilities. Rest days - small family-run pensions and guesthouses with en-suite rooms. Meal plan is based everywhere on half board (breakfast and dinner included) except for days 1 & 7, when no dinner is provided. Luggage is taken care of throughout the tour.

Price: 570 € per person in a double/twin room (limited time offer)

The price includes: a trip, fully inclusive of all ground transfers from airport to airport (pick up/drop off at Sofia Airport); detailed road book in English and map; luggage transportation; accommodation and boarding as mentioned above; 24/7 emergency hotline; VAT and all local taxes.

The price does not include: tips, entrance fees for caves and museums, alcohol drinks and other personal expenses.

In the footsteps of Orpheus (8 days)